[7:30AM GST] Little Miss Debbie Loses ANOTHER
McBlog! Teh yay! 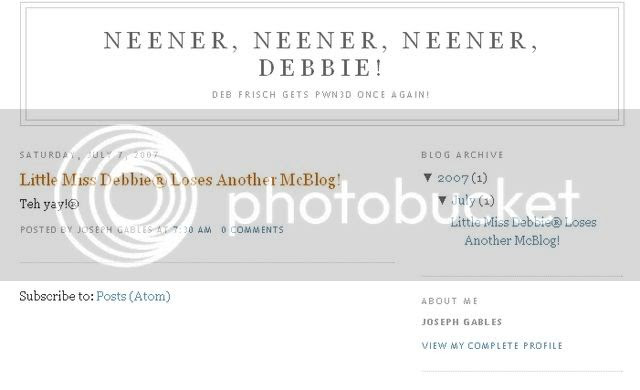 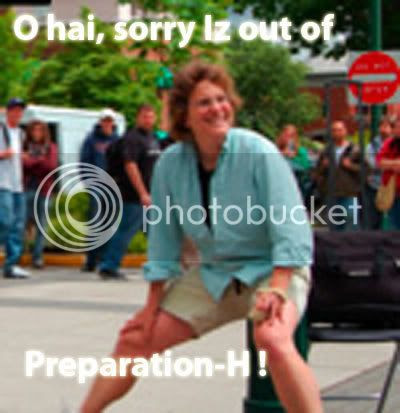 In that time our little Miss Debbie© has:

This lists only the offenses that are related to the events one year ago
and I am sure it is incomplete.

Quite a year Miss Debbie has had. The sad thing is that it doesn’t look
to me that she will do better in the next year. She is starting to select
new targets. The old ones are not only fighting back, but winning.

On to an announcement!

I am announcing that this day will be henceforth be known as Frischy
New Year in the Gerbil Nation.

Like Memorial Day in the US, we should use this day to reflect on the
evil that was done in 2006 and rededicate ourselves to making sure
Miss Debbie© never again has the opportunity to have authority over
any student of any age. This was and is the mission of DHD and the
reason we have all come together.

While not condoning her actions, we do owe Miss Debbie a bit of gratitude.
Without her obnoxious and depraved personality, we would never have
had the fun and decidedly non-teh-Deb focused group that we all have
come to enjoy.

So, thanks Miss Deborah Frisch, PhD, you have inspired something
wonderful here even if you didn’t mean to.

Try to enjoy the holiday, but reserve a moment for reflection.

The resolve of the Nation will not waver.