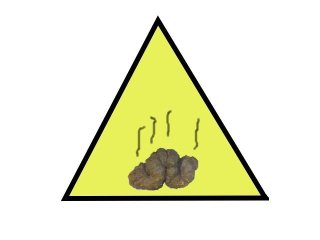 Gerbil Nation (Sept 23)--Yesterday afternoon, gerbils
wondered whetehr the latest silence was an armistice
...or just the proverbial "calm before teh storm."

Gerbils received their answer at 8:49PM, Gerbil Standard
Time, Friday night. And then, again, beginning at 7:41AM,
Saturday.

"We're counting it as the same hericane," remarked NOAA
scientist Storms R. Kewl. "According to Gerdar, the storm
hit GN on Friday night, then looped out to a WTF™
reservoir, thus giving Debbie more momentum. This WTF™-
fortified 'cane is what we saw on Saturday morning."

"Damnedest thing I've ever seen," said Atty General Denny
F. Crane, in the rarest of quiet moments. "Teh Deb's got
court on Monday, and she's still at TSW begging for teh
punishment. It's like she thinks she's bulletproof."

As with all hericanes, Debbie-3 kicked up a host of foul
clouds. Still, Debbie-trois hit had a few positive notes, gerbils
argued. It surely gave Emergency Response team Pet
and Joe their first test--a veritable trial by batfrisch.
All gerbils agreed: they managed the crisis with cool,
gerbil confidence. A second virtue of Debbie-trois was
its allowing a (successful) test of Automock 2.1™.

Oh yeah: And it was teh funny™.

"I swear," said Founder Sinner, "we really wish Debbie
would get the point. She hasn't yet realized that, each
time hericanes spew their bile here, it just gives us the
chance to take Automock™ up a notch or three."

"We're still trying to discover the source of this latest
storm," said Kewl at NOAA. "One theory has it that
it was attracted by one of Defense Minister Hosedrag-
ger's Mockular Weapons' Tests. Another theory is
that Deb got riled up by the actions of some rabbit
or other.

"I call it the Cottontail Hypothesis," Kewl said.

"It was a cinch," boasted Dr. Deb S. Vile. "Just
splice in a few debbie-genes with that of a common
felix domesticus, and stir. We call the hybrid,
batfrische annoyus--or just 'Teh Golem,' for short."

"I have to say I'm a bit worried, though," confessed
Vile. "Our tests show that absolutely nothing mollifies
this cat once she gets riled up! You name it, we've
tried it: demerol, seconal, thorazine....The dang cat
just keeps flying toward computers and banging the
keys."

"And, unlike the typical cat, this one won't go near
milk. It turns up its nose at anything nonalcoholic.
That really worries us," said Vile. "Golem's already
gone through a case of WTF™--and the weekend's
not even half-over!"

Comments:
Is that Blizzardlane's cat?

TDS keeps getting better and better.

"Center for Teh Control" made me choke on saliva. (My own, not Auntie Moonbat's.)

Eeeww...I just made myself choke on something else. And I'm pretty danged sure it wasn't saliva.