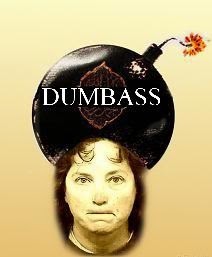 San Diego (Oct 12)--After racking up quite a rap sheet in Oregon, it looks like Deborah Ellen Frisch might soon have some California charges to add to the collection.

Miss Debbie went ballistic on Facebook, Twitter and her McBlog early this morning, freaking out over a local news report that caught, on video, a Nissan Versa driving aggressively--and threatening a motorcycle rider--on the I-8
interstate near San Diego.

Debbie's unhinged reaction included Facebook comments which confirmed that she was, indeed, the reckless driver.

According to the San Diego News10 report, a California Highway Patrol spokesman confirmed that Miss Debbie's driving was criminally reckless. No formal charges have been filed, however. Yet.

VIDEO OF THE INCIDENT: