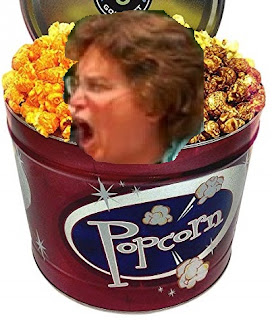 Miss Debbie's lawyer decided he'd had enough: "What the hell are you doing...ccing [Weld County DA] Ryan Chun?" sputtered Debbie's (soon-to-be-ex) attorney. "I fully expect he seeks a warrant. I can't save you from yourself anymore."

One of those CC'd in Debbie's email-tantrum, blogger RS McCain, took the capitalist's opportunity and offered refreshments: "Say, does anyone want to order some gourmet popcorn? Because this is highly entertaining as a spectator."