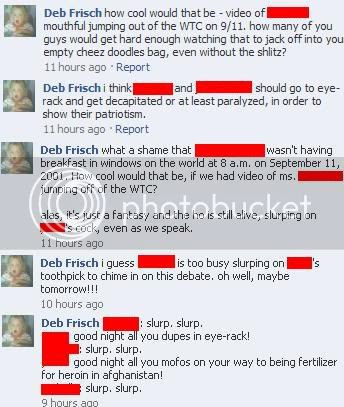 Deb Frisch's thinly-veiled death-threats are nothing new.
In 2006, Frisch lost her job at the University of Arizona
after Deb Frisch posted death- and sex-laden fantasies about the
toddler son of a (different) prominent blogger.

Frisch remains unemployed, no doubt because of the
sick habits on display into the wee hours of this morning.

"You just can’t make this stuff up," remarked an astonished
blogger. "She has established a pattern of behavior over a
period of what is it now? FOUR YEARS, right?"

In Frisch's frenzied rantings, she hinted she might return
to the Malkin-page. "oh well," raved drunken Debbie,
"maybe tomorrow!!!"


DEBORAH FRISCH TROLLING FACEBOOK,
SPEWING VILENESS (what else is new?!)

Eugene (Jan. 18)--If the past has shown anything, it's
that Debbie Frisch is impervious to learning from the
simple law of cause-and-effect.

So perhaps it should come as no surprise that, despite
losing any semblance of respectability to her "trolling
addiction," Deborah Frisch has opened a new phase to
her career of online harassment and libel:

Yep, dumdum Debbie has planted her flag on Facebook
(link to Dumdeb's Page). Up to now, Deb sightings tended
to be few and (relatively) far between--link#1, link #2,
link #3. 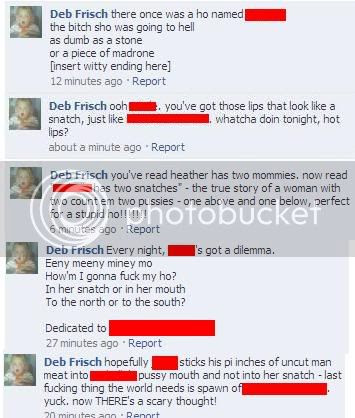 Although it might be a new year, Deb Frisch persists
in her same old stoopidity.

One wonders how long it will be until Frisch's abuse
of Facebook will get her kicked off the site, once
users start reporting Deb Frisch's abuse here
(link to Facebook complaint page).

In any event, Teh Squeak will doggedly report
Debbie's crayzee as long as her Facebook trainwreck
continues. 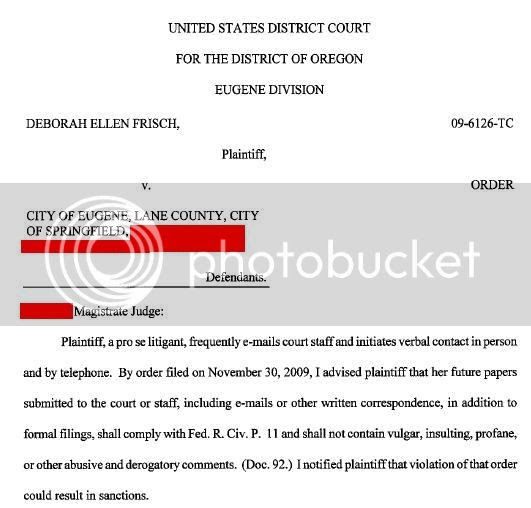 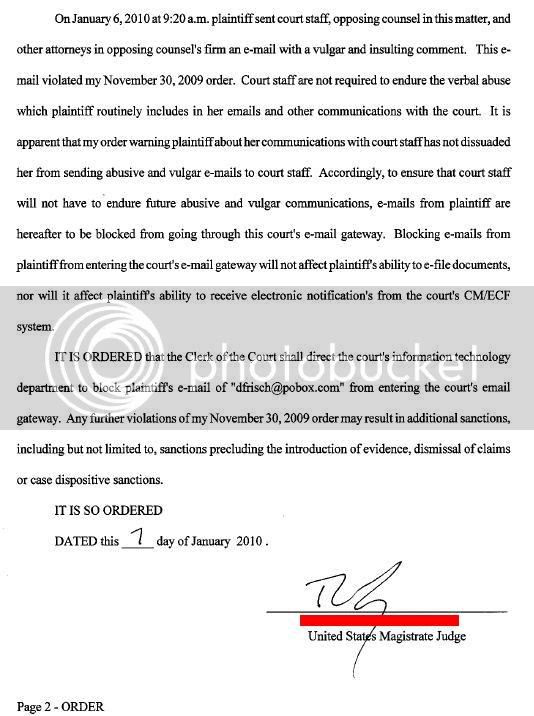 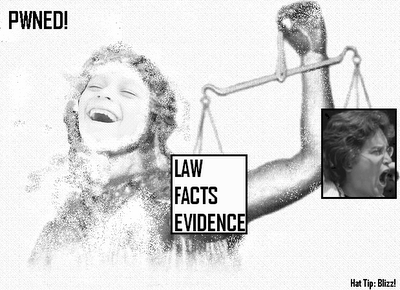 Teh judge's action is a serious nail in teh coffin of Miss Debbie's frivolous lolsuit, originally filed last May. Frisch has already failed in her feverish attempts to block a deadly 12(b)6 motion, filed by Lane County last Aug. 17th; teh same magistrate recommended in favor of Lane County last Sept. 22nd (and re-iterated this support in a filing on Nov. 23rd).

Frisch has filed a blizzard of other frivolous motions during the last eight months; happily (and amusingly), ALL have been roundly pwned by able defense attorneys. More amusingly still, Teh Deb has been subjected to a number of lulzy beatdowns by attorneys and teh court.

In sum, Deborah Frisch has shown that her limp lobes are dog shi'ite--she has been easily outgunned by defendants' better educated, and more mentally nimble, attorneys.

So here's the "bird's eye view" of the present status of the legal proceedings vis-a-vis Deb's three clusters of defendants: 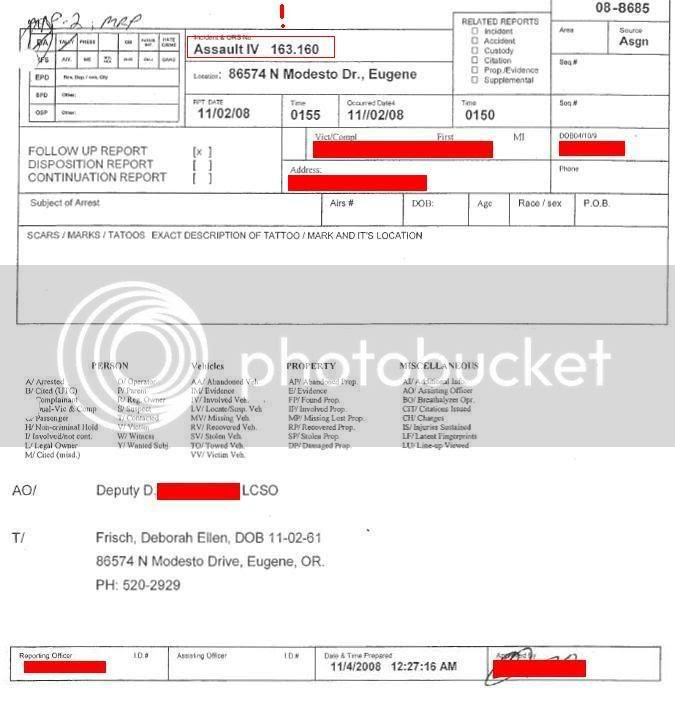 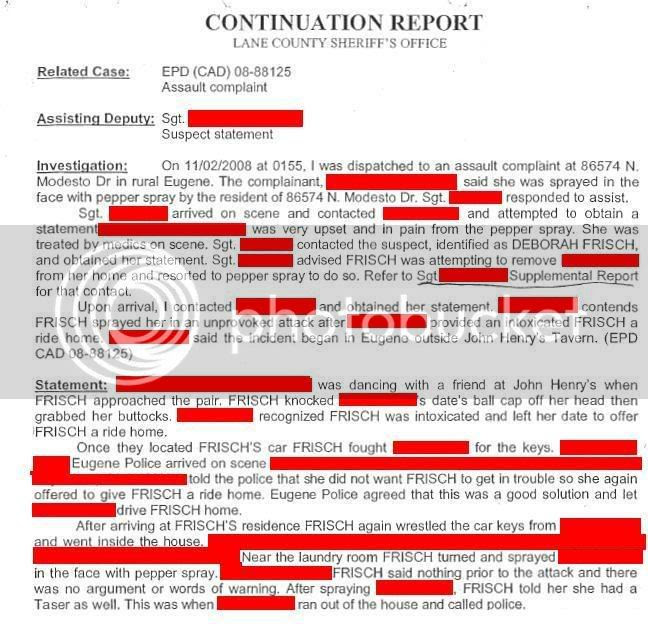