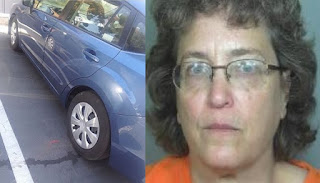 Just a note, CA license plates are 7 characters formatted DAAADDD. The number in the post appears to be Deb's drivers license number